Having been diagnosed with depression when I was 12 years old and schizophrenia when I was 17 years old, I have a lot of experience managing my mental health while living life — both the good times and the bad times. To be sure life has its ups and downs, but in the end, I am happy how it has turned out.

My passion is to help other people who have mental health problems. I want them to know that it truly is possible to live a full and exciting life while managing the lows that are unfortunately part and parcel of living with a mental health illness.

I do this with one on one counselling, running mental health challenges and speaking up on stage about my life story and experiences to encourage others to continue to fight the good fight and win against the black dog of depression.

In May of 2016, I went and trekked the Inca Trail in Peru for the Leukaemia Foundation – we were raising funds for blood cancer research. The trek was a transformational experience for me, as I finally realised what I am capable of and how strong I am.

If you are looking for resources on Mental Health and Depression, check out my Resources page.

Below you can see my very first time up on stage speaking at The Speakers Institute Premiere Bootcamp back in February of 2019 presenting my very first 6-minute keynote. For those who prefer to read, the transcript also appears below.

Have you ever felt so alone? Have you ever felt so alone that you wanted to end your own life? I have. I have found that the key to living a full and successful life is by being properly treated, you must conquer your inner demons. Research tells us by the World Health Organization that Aussies are killing themselves 10.4 people per 100,000 each and every year; that’s 2,600 people who are taking their lives each and every year. That’s a scary statistic.

I was diagnosed with depression when I was 12 and schizophrenia when I was 17 years old. In one situation I remember was when I was in the local hospital, lying in the I.C.U. bed, had all these monitors hooked up to me. I had taken an overdose of medication and I had to drink this awful yucky charcoal drink. My advice, don’t ever do that people, it’s not good. Anyway, I was lying in bed and I remember hearing a conversation between the I.C.U. nurse and a patient. And he was saying, “I don’t want to die, I’m not ready to go yet”. And that really struck me, I broke down in tears. I couldn’t believe the difference in that room.

Here was a room full of people who wanted to save their lives and keep going and I wanted to end my life. So, I decided right then and there that I was going to make a change, I was going to have a purposeful life again. It took a lot of time, a lot of energy, psychologists, psychiatrists, therapists, everybody, but eventually, I got there. Two years later, I met my first wife Kim and we had three beautiful children; Chelsea, Jasmine and Zachery. Unfortunately, that marriage didn’t last and these things happen, we’ve stayed good friends even though we’re separated and I got married again to my second wife Kendyl. Why she puts up with me, I’ve got no idea because I would not put up with me. I would not. And we’ve got two more beautiful children, I’ve got Aidyn who is 4 and I’ve got Jace who is two.

So back in May of 2016, I decided I was going to do something that would totally throw me out of my comfort zone. I decided that I was going to sign up to Leukaemia Foundations Trekking the Inca Trail in Peru.

Day one came, it was pretty easy going, we hiked for a couple of hours, we camped down by the ruins. A lovely little river running through there, it was just amazing.

Day two started, and it same days enough to begin with and then it gradually got harder and harder and harder. And I got to about the three hours mark and I had my brain screaming at me “Craig, Craig, you can’t do this, you can’t do this, you’re not fit enough for this”. I was about 130 kilos at a time. I pulled the leader to the side and said: “I don’t think I can do this, I do not think that I physically can do this”. And he said to me “Craig, I have seen people bigger than you, successfully complete the Inca trail. I believe in you, you can do this”. And that’s just what I needed to hear. No one has ever said to me, they believe in me and that’s what I needed to hear.

So, day two, we kept going, got to the campsite, slept really well. And day three came up with a bit of a surprise for me, he’s going “Craig, for today and tomorrow you’re going to be the leader of this pack, you’re going to be upfront”. I was like, “okay, alright, fair enough”. So, anyway, we ascended to the highest elevation and came back down and up again and then back down [just slightly]. And that night, we camped in Cloud City as it’s called and that’s where your bicycle camping above the clouds. So, the clouds are down here and you’re up here; most amazing thing.

Day four came around and we were going descending down and we finally got to the Gringo Killer Stairs; an amazing set of stairs, I really challenge anyone to do them. I think they’re called that because the white man has so much trouble going up them, so all dignity was discarded, all dignity. I had to go up on my hands and hands and knees because I just couldn’t do it any other way. And we finally got to the Sundial at Machu Picchu and it was such an amazing and emotional experience. And something in me that day changed again and I just knew that I needed to do something with my life, something more than what I’ve been doing.

So, I want you to take from today is, “Believe in yourself”. That’s something I’ve never been able to do but I can now. Believe in yourself and know that you can do it and if you do have problems with your mental health, reach out to your G.P, have that conversation. It just may save your life. Thank you. 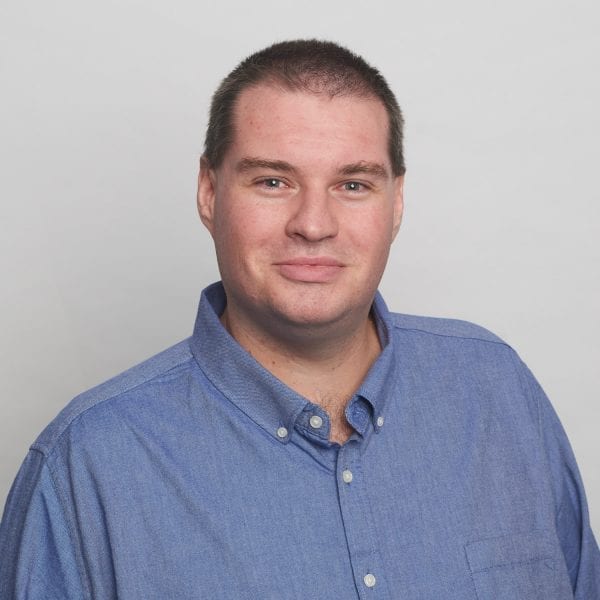